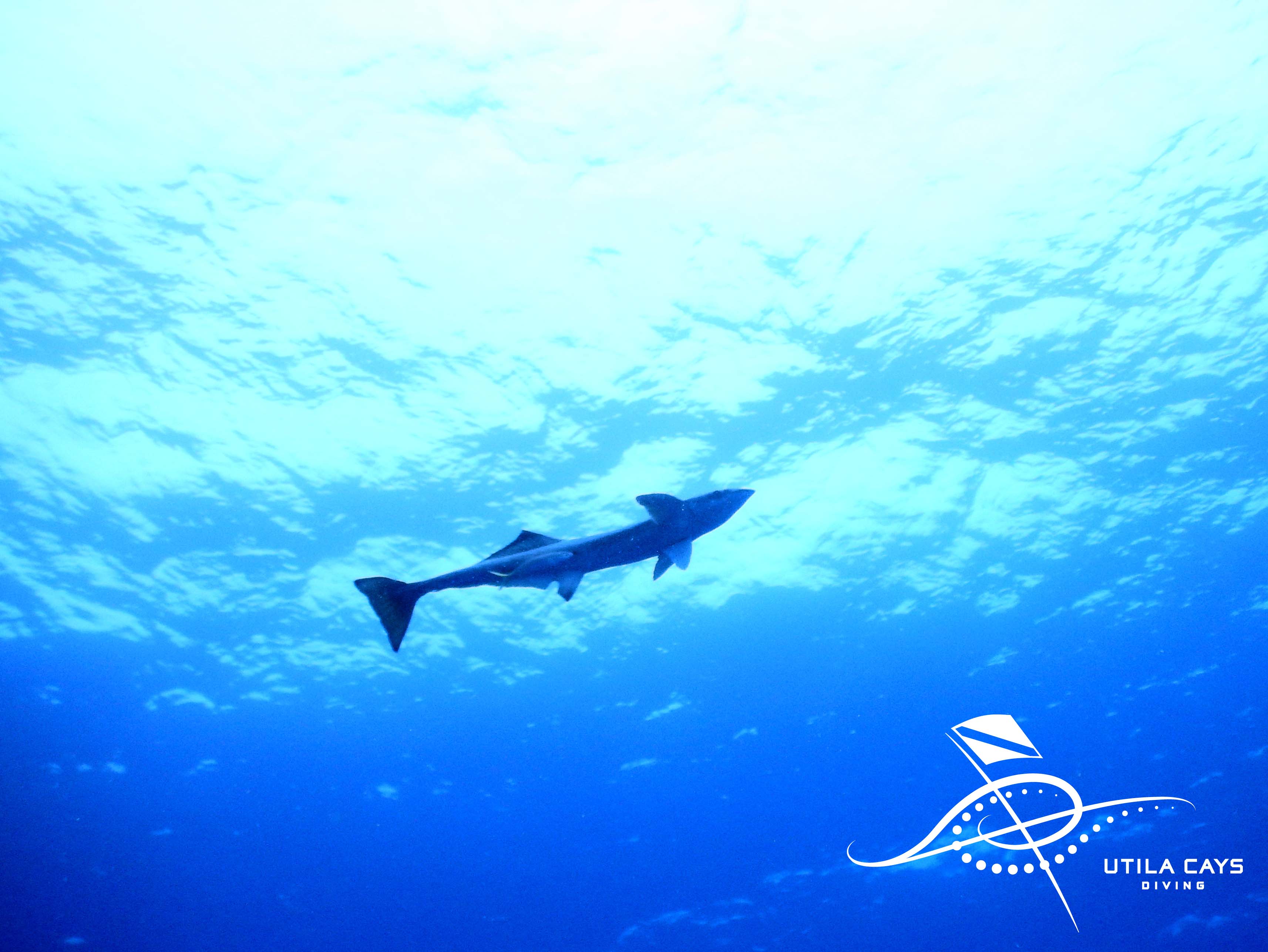 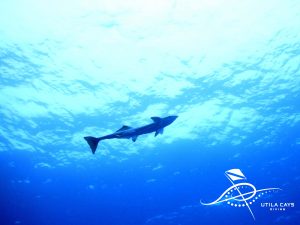 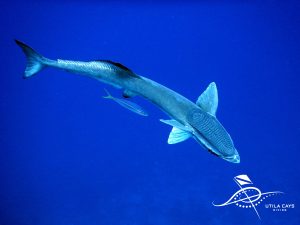 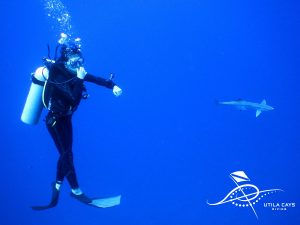 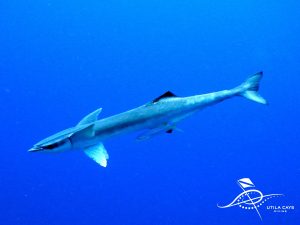 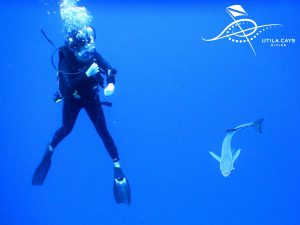 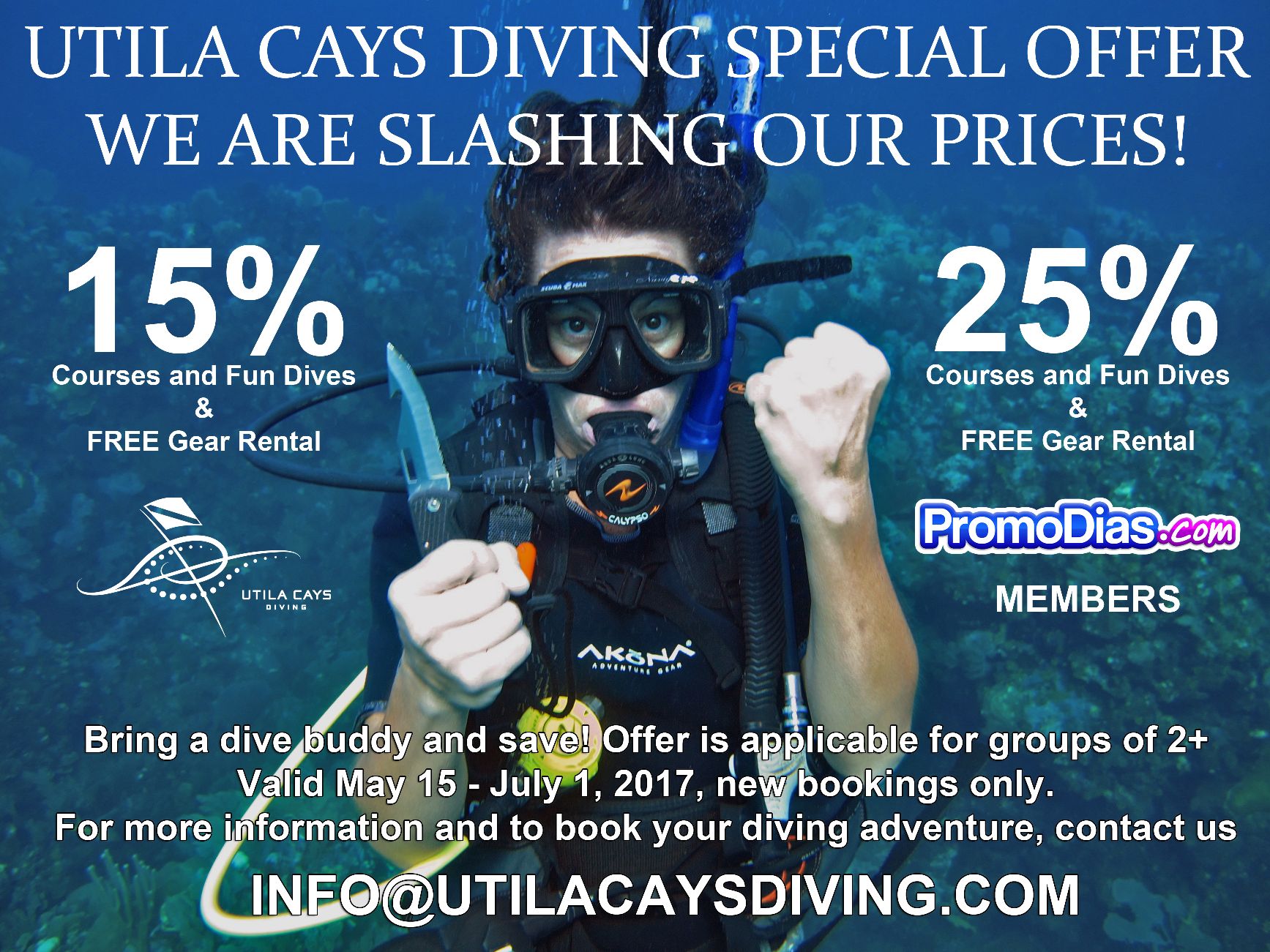 As we begin the month of June, we’re starting off our Utila Cays Diving blog! Yes, you can still follow us on Facebook and Instagram, but from time to time we will post here stories that can go into a bit more detail than a status update or just an image.

We look forward to sharing with you local stories from Utila and the Cays, along with relevant photos and videos. In the meantime, don’t forget to bring a buddy and take advantage of our Slashing our Prices special throughout the month of June.  Even better, we’re offering deeper discounts with your Promodias card this month. 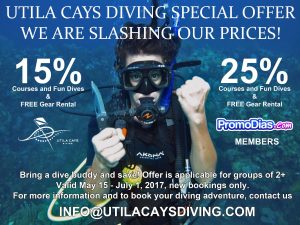 Here’s a quick video to make you “Dream On” about our pristine reefs and abundant marine life, especially in the Marine Reserve areas on the north side of Utila.

Keep checking  back in for updates, and enjoy your underwater adventures. 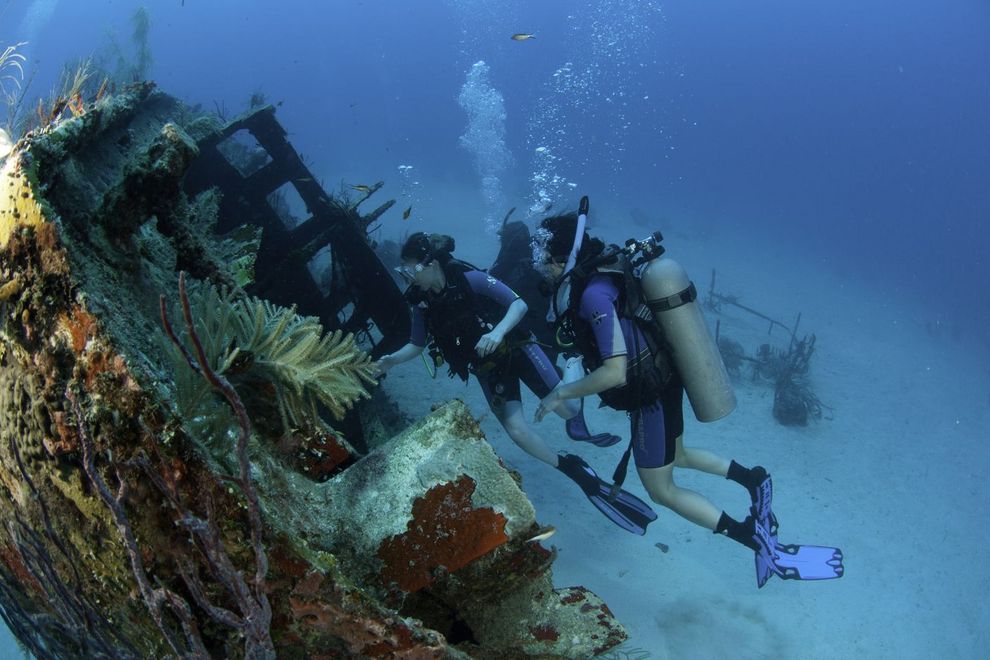 The top 10 winners in the category Best Caribbean Dive Site are as follows: